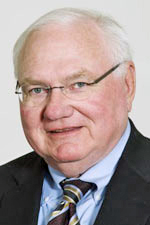 UC Davis College of Engineering alumnus Bruce West, co-founding principal of West Yost Associates, has been a leader in the planning and design of numerous large water and wastewater facilities for more than four decades. The Davis-headquartered engineering partnership has held the title of CE News’ “Best Firms to Work For” competition for eight consecutive years.

After receiving his master’s degree in 1973, Bruce spent 17 years in industrial waste treatment engineering and consulting for various companies, until he and fellow Davis classmate, Jim Yost, formed West Yost in 1990.

Bruce’s dedication to his alma mater has been extraordinary, going beyond his 20-year membership on the College of Engineering’s Dean’s Executive Committee. He has been a member of the Cal Aggie Engineering Alumni Association Board; the Athletic Advisory Committee; the university-wide CAAA Board; the Chancellor’s Club (as chair); and the UC Davis Foundation Board. In addition to several awards from the College, Bruce received the Jerry W. Fielder Memorial Award in 2016, for his longstanding commitment to the mission of UC Davis. << See video 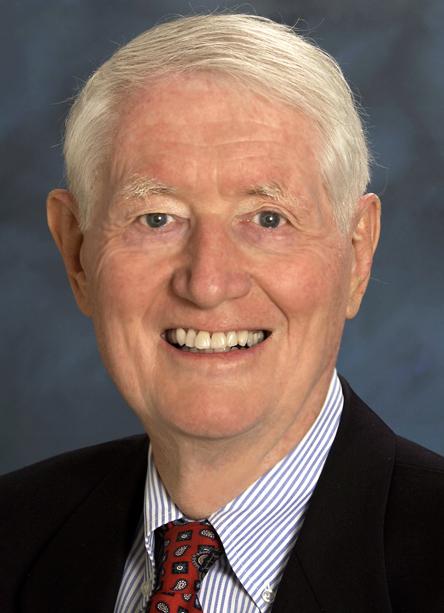 Renowned for innovations in engineering systems, robotics, technology management and teaching, the late Richard Dorf was a professor emeritus of electrical engineering and management who joined the faculty of UC Davis in 1971. Dorf also served in key administrative and programmatic roles, including dean of the UC Davis Extended Learning program. He was a founding faculty member of the UC Davis Graduate School of Administration (now the Graduate School of Management).

Following his retirement, Dorf remained actively engaged in mentoring students and alumni, and continued to write and teach. He volunteered on the College of Engineering Dean’s Executive Committee, the Graduate School of Management Dean’s Advisory Council, and on the UC Davis Foundation Board of Trustees.

The author of 30 books, and co-founder of six technology firms and three publishing companies, Dorf was a fellow of ACE, ASEE and IEEE. A former resident of Sonoma, he was the city’s mayor from 1994-96, and a council member from 1994-98. He was a City of Davis commissioner from 2000-09. Dorf, accompanied by his wife, Joy, was presented the medal in June 2019. << See video 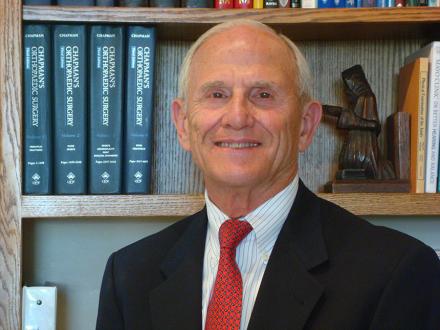 Chapman, a pioneer of modern trauma surgery, was chair of the UC Davis Department of Orthopaedic Surgery for two decades and was chief of the Orthopaedic Trauma Service. Under Chapman's leadership, the department became one of the most respected in the nation. An alumnus of the College of Letters and Science, Chapman has been a generous volunteer and donor for many years and is one of the founding members of UC Davis’ first comprehensive, $1.3 billion-generating campaign. The Chapmans are members of the UC Davis California Aggie Alumni Association, the Davis Chancellor's Club and Emil Mrak Associates, and helped make possible the Walter A. Buehler Alumni and Visitors Center and the Robert Mondavi Center for the Arts.   << See video 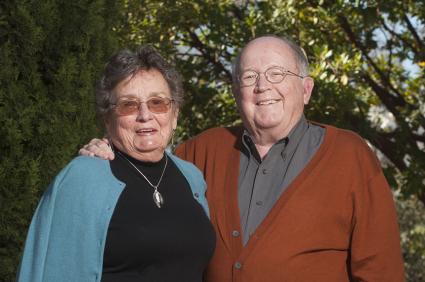 For nearly five decades, Dr. John and Dr. Lois Crowe have contributed to the vibrancy of the UC Davis Community - from groundbreaking research to community-building and philanthropy. John, a professor emeritus of Molecular and Cellular Biology in the College of Biological Sciences, joined the faculty in 1970. Lois, a research scientist who completed her PhD at Davis, also conducted studies in the same laboratories. Together they realized fundamental, significant advancements in a process that allows various sea organisms to withstand severe drying and to thrive. Other reminders of their generosity can be found in the Young Artist's Competition within the Robert Mondavi Center's Young Artists Program, and in the Lois Crowe Patio in the UC Davis Arboretum.  << See video 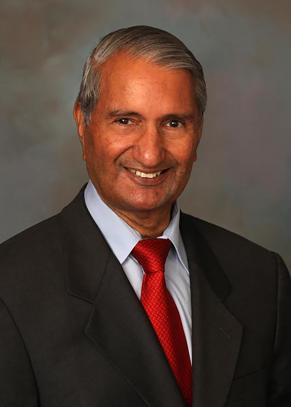 Gurdev Singh Khush is considered one of the fathers of the Green Revolution. A UC Davis PhD graduate, Khush is an agronomist and geneticist who, along with mentor Henry Beachell, received the 1996 World Food Prize for his achievements in enlarging and improving the quality and global supply of rice during a time of great need. His contributions to the field of plant genetics and breeding have brought much distinction to the University, inspiring generations of scientists and saving and enhancing the lives of millions around the world. The research he led in the late 1960s, with a team at the International Rice Research Institute in the Philippines, produced nearly 300 then-new rice varieties. This work also enabled the way to better educational opportunity for many in developing countries, and factored into the growth of the world economy.  << See video 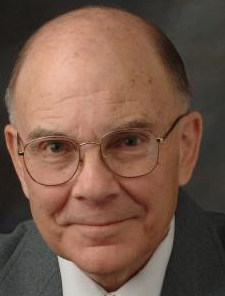 Internationally renowned farming methods, early sustainable energy and agricultural database pioneer, Professor Emeritus William J. "Bill" Chancellor, came to the Department of Biological and Agricultural Engineering at Davis in 1957. He retired officially in 1994, but one might never have known it. He remained an active servant, continuing to mentor faculty and students for years after retirement. Typical of this devotion to his students was his planning, execution and sponsorship of symposia highlighting their achievements as part of the department's 100 Year Anniversary Celebration in 2015.  << See video 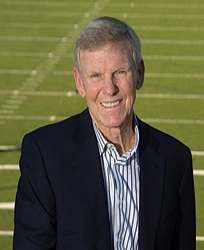 Bruce Edwards, UC Davis Class of 1960, has been a longtime champion of the Aggie life with a lengthy list of volunteer activities to his credit. He served as chair of the UC Davis Foundation Board, a member of the Intercollegiate Athletics Director's Leadership Council and a committee member on the Campaign for UC Davis. Under Edwards’ leadership with creation of the UC Davis Foundation Matching Fund for Student Support, the Foundation Board and others donors have funded more than 40 endowments for scholarships, fellowships and awards. 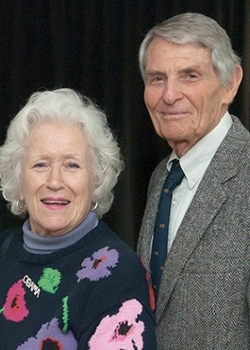 Evelyne and Richard (Rich) Rominger's relationship with UC Davis began well before they enrolled as undergraduates in the late 1940s--both of their families already had historical ties to the early campus. In their distinguished careers, Rich served as head of the California Department of Food and Agriculture, and was later appointed to the post of deputy secretary and chief operating officer of the U.S. Department of Agriculture, where he oversaw establishment of national farming standards. Evelyne served on the Commission of the Californias and has been active in several area health associations. A lifelong advocate for gender equality and social justice issues, she was a founding board member of the Yolo County Mental Health Association and chair of the California Conference for Comprehensive Health Planning. << See video 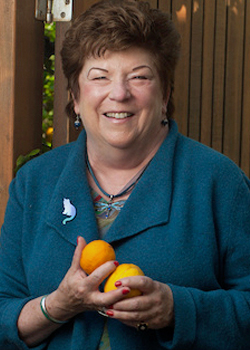 UC Davis Alumna Delaine Eastin (Political Science), and former Superintendent of Public Schools in California, led our schools from 1995 to 2003, by cutting classroom size and administrative costs, ensuring greater access to computers, and introducing the value of student-planted and tended gardens in education. << See video 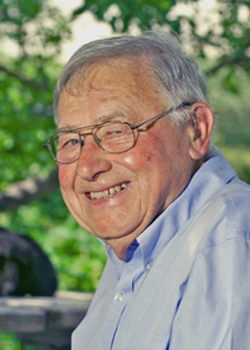 Charles E. "Charley" Hess, Professor Emeritus of Plant Sciences and former Dean of the College of Agricultural and Environmental Sciences, is a beloved, longtime servant of the university who has served in several additional roles, and was an active presence on state, national and global agricultural boards and committees. At Davis, Dr. Hess chaired the Department of Nutrition (2007-09), led the College of Agricultural and Environmental Sciences (1975-89), and directed the Office of International Programs (1992-98). << See video 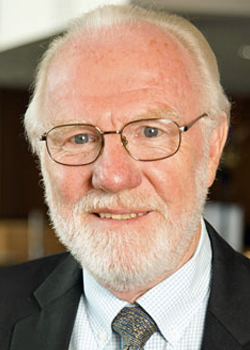 The late Larry Vanderhoef, who served in the top two leadership roles at Davis, first as Provost and Executive Vice Chancellor (1984-1994), then as Chancellor from 1994-2009, presented the medal to a dozen deserving recipients. He was presented with the 13th Medal on May 30, 2009. 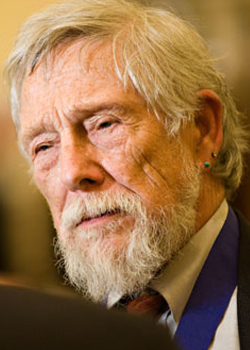 Gary Snyder, former Poet Laureate of California, essayist and lecturer, and professor emeritus of English at Davis, was born in San Francisco in 1930, and raised in the Pacific Northwest, where he worked as a youth on the family farm. Snyder is the recipient of the top honors in letters, including a Pulitzer Prize for Poetry, the Bollingen Prize for Poetry, and the American Book Award. He is a member of the American Academy of Arts and Letters and the American Academy of Arts and Sciences. 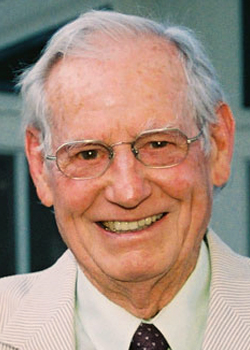 Wayne Thiebaud, artist and professor emeritus of art at UC Davis, was born in 1920 in Mesa, Arizona, and grew up in Long Beach, California and Hurricane, Utah, where his family's farm failed during the Great Depression. Before enrolling in college under the GI Bill (he drew a cartoon strip for the base newspaper during a three-year stint in the U.S. Army), he was a designer and cartoonist at Rexall Drug Company in Los Angeles. 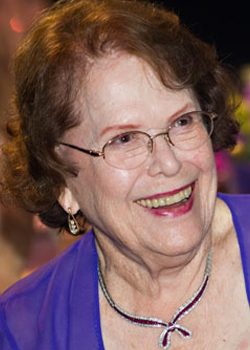 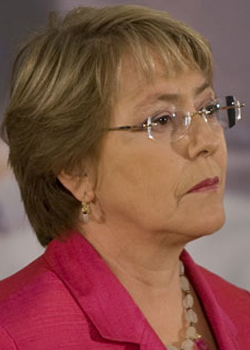 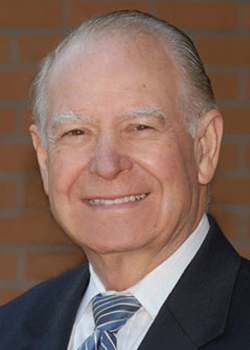 Former California Supreme Court Justice and UC Davis Professor of Law Emeritus, Cruz Reynoso, a farmworker's son who rose from an Orange County barrio to become the first Latino to serve on the state's high Court, is the namesake with his wife of the Cruz and Jeannene Reynoso Scholarship for Legal Access. 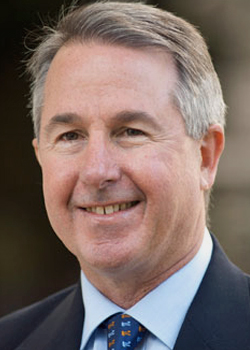 Stephen K. Robinson is a former NASA astronaut, UC Davis alumnus (double BS degrees in Mechanical and Aeronautical Engineering, 1978) and, having returned to Davis in 2012, is currently professor of mechanical and aeronautical engineering at the College of Engineering. He is director of the UC Davis Center for Spaceflight Research, and director of the Human/Robotic/Vehicle Integration and Performance Lab. Robinson spent 37 years at NASA, where he worked as a machinist, lab technician, engineer, research scientist, branch chief, safety representative, and astronaut. During his 17 years as an astronaut, he flew on four space shuttle missions, including three spacewalks. He visited the ISS twice, trained as a Cosmonaut in Star City, Russia, and developed extensive expertise in spacecraft systems, human/systems integration, operational safety, space robotics, aerodynamics, and fluid physics. Among numerous other awards, he is a recipient of the space agency's highest honor, the NASA Distinguished Service Medal. Robinson received his MS and PhD from Stanford University (1986, 1990). He is an active pilot, artist, and multi-instrument musician – he currently plays with the mostly-astronaut folk-music band Bandella, and the all-astronaut rock band Max Q. 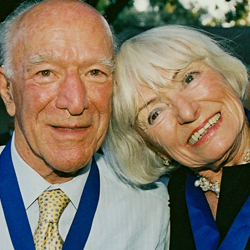 The UC Davis Medal was presented to the late winemakers and philanthropists, Robert and Margrit Mondavi, for their years of support of the Arts at Davis and beyond, and their leadership in the building of the Robert Mondavi Center for the Arts. 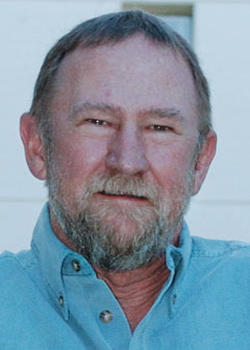 Charlie Soderquist, a businessman, philanthropist, conservationist and author, believed in "empowering individuals and organizations to make differences that I cannot," received the Medal posthumously for his support of UC Davis research in the Delta and Lake Tahoe, among other educational, environmental and social causes. 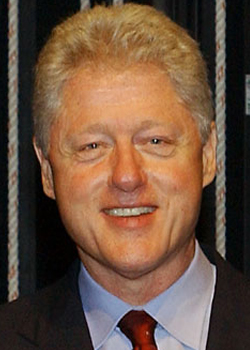 Former President Bill Clinton received the 2002 UC Davis Medal for his support of the late 1990s plan to clean up Lake Tahoe. In Nov. 2000, he signed a bill authorizing the federal portion of $900-million plan, an environmental initiative that drew rare bipartisan support. The rescue effort was pushed by Clinton and Vice President Al Gore at a 1997 environmental meeting at the lake on the California-Nevada border. 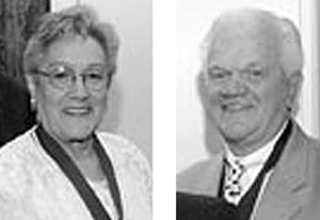 The 2002 UC Davis Medal was also presented to former UC Regents Alice Gonzales, and Roy T. Brophy. Gonzales, daughter of a migrant farm worker, learned early on the value of hard work, determination and a good education. "As well, she learned – and lived – a commitment to public service and uncompromisingly high standards," said Chancellor Vanderhoef.

For more than 40 years, builder and developer Roy Brophy also helped build public education, serving the board of the San Juan School District and the boards of the state's three higher education systems – the California Community Colleges, the California State University and the University of California.