About the UC Davis Medal 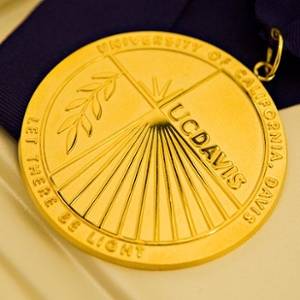 The UC Davis Medal is the highest honor the University presents to individuals in recognition of extraordinary contributions that embody the campus’s Vision of Excellence. Medalists inspire and support the success and engagement of our students, faculty, staff and alumni, and foster a bold and innovative spirit in teaching, research and public service.

The UC Davis Medal recognizes individuals of rare accomplishment, “to be heralded today and in perpetuity,” as extraordinarily special members of the UC Davis community.

The design of the UC Davis Medal represents, both figuratively and literally, the legacy of contributions UC Davis has made to the world in research and scholarly endeavors.

Depicted on the medal are the campus name and its motto, “Let There Be Light.” In the upper left quadrant are the life-giving rays of the sun. Below them, leaves of the bay laurel symbolize our proud history of achievement. Lines in the lower right quadrant may be seen as energy radiating from a source, roads leading to the future, or rows of crops in fertile California fields.

The spare, relatively unadorned design, which employs an official campus typeface, Futura, is timeless and distinctive. Jan Conroy, Class of 1977, designed the medal during his long career in university graphics, publications and communications. Jan retired in 2012. 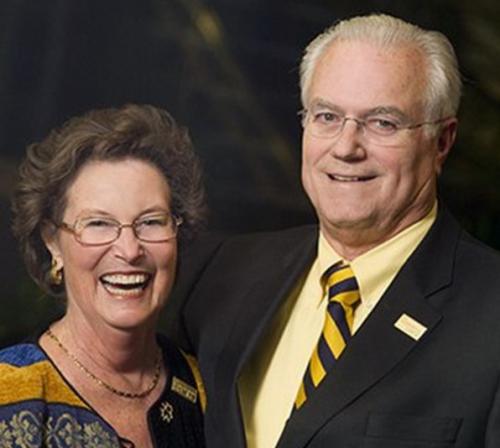 The Bartholomews’ contributions to UC Davis span areas of both the Davis and Sacramento campuses. Both alumni of the class of 1964, Jacque and Wayne met as undergraduate students. Wayne went on to earn the juris doctorate degree in 1971. In the decades since, they have remained active volunteers and donors serving on a number of many boards, including the Health Leadership Council, the Cal Aggie Alumni Association (CAAA), the UC Davis Foundation, the Mondavi Center, the Athletic Director's Leadership Council, the Food Science Leadership Board, and the International Programs Executive Development Council. Life members of the CAAA, the Bartholomews are also founding members of the Davis Chancellor's Club (DCC). They are recipients of the CAAA’s Jerry W. Fielder Memorial Award (the premier alumni award for extraordinary service to the association and Foundation Board). Jacque, who is one of only a few women who have served as alumni association presidents, received the Fielder award in 1990, and Wayne in 1996. They also received the 2010 Charles J. Soderquist Award, an honor bestowed in recognition of exceptional volunteer leadership and philanthropy. 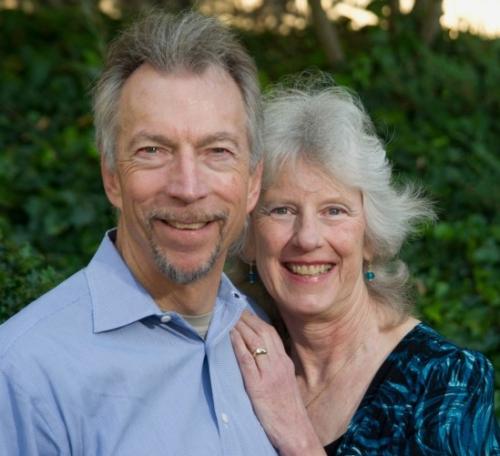 Karl and Pam are both alumni of UC Davis graduate and doctoral programs. Karl received a master’s of science in engineering in 1973, and Pam a master’s in psychology in 1974. They returned to campus to complete doctoral degrees, with Karl obtaining a PhD in engineering in 1984, and Pam receiving the DVM in 1983. Gerdes and Rohrich have been an unwavering presence at the university, as active volunteers, boosters, and supporters who helped lay the foundation for a variety of programs at both the College of Engineering and the School of Veterinary Medicine. They are active members of Cal Aggie Alumni Association who have honorably supported arts programs as well as initiatives for students facing a variety of critical needs. They have been members of the Davis Chancellor’s Club since 1993. Karl, a founding member of the DCC, has served as its chair. He is also a member of the UC Davis Foundation Board and the Global Campaign Leadership Council, and previously served on the Department of Chemical Engineering and Materials Science Advisory Board. They have remained involved with their respective campus alma maters in a number of ways, with Pam supporting programs such as Vet Med’s hardship drive and others. The couple established endowed veterinary and engineering student scholarships, designed to help sustain student success for generations to come.